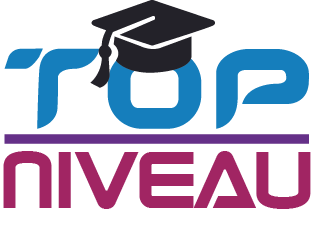 This new wave of connectivity is going beyond laptops and smartphones, it is going towards connected cars, smart homes, connected wearable, smart cities and connected healthcare. Basically, an interconnected life. Whether it is through our phone or consumer durable at home, the IoT will connect us in ways we have not even imagined yet.

Increasingly ubiquitous, Internet of Things (IoT) is permeates our daily lives. Nearly every device that one owns will ultimately be connected to the Internet.

According to a Gartner report, by 2020 connected devices across all technologies will reach to 20.6 billion, and this is a staggering figure.

To put in a nutshell, the IoT is a network of intelligent computers, smart devices, and objects that collect and share huge amounts of data. The collected data resides in a central cloud-based server where it is aggregated with other data and then used by end users to improve their functioning. The IoT will lead to further automation in homes, schools, stores, and in many industries.

The Concept ‘Internet of Things’ or ‘IoT’

Some of the older generation people may recall that Internet originally started out as something of a novelty. But today, it has grown by leaps and bounds and has become an integral part of our lives. Likewise, IoT applications will also become an essential part of daily life.

Though the IoT as a concept was not classified until the late 1990’s, its application started as early as the 1980’s. Perhaps the first application was at Carnegie Melon University campus, where the locals & local programmers would use the connection lines of the internet to check if there were any drinks available at the nearby Coca-Cola machines, and to the extent of knowing their temperatures as well. When such applications multiplied and technology kept pace, by 2013 the IoT literally transformed itself into a new and greater aspect with the ability to incorporate many more technologically advanced devices.

The technologies ranging from the Internet to wireless connectivity and now the various embedded systems develop capacities to connect to various automated networks with traditional ones. Anyway, if we are to state it simply, IOT is a concept which revolves around a device with an on/off button & having an active connection of the internet enmeshing with a gigantic mesh of connected things. Such a technology has the efficiency to optimize logistics issues and thereby increase its application potential.

Internet of Things begin from Home

Last decade saw an exponential growth of smartphones and tablets with ever increasing capabilities and inbuilt intelligence. We are now on the cusp of another technological revolution which can actually make our daily lives easier. This becomes possible as the handheld devices get into connected with various household things and activities, leading to the concept of smart homes. The underlying key technology is IoT enables the connection of smartphones with things, equipped with sensor technology to communicate with each other through the Internet.

Smart devices are designed in such a way that they capture and utilize every bit of data which you share or use in everyday life.

Companies like Amazon and Google have already brought out products in the market which serve as home automation hubs and has inbuilt voice actuated assistant built in (Amazon Echo, Google Home). Using this devices, our smartphones and underlying IoT technology one can virtually access and activate house hold things like, television, refrigerator, lighting, air-conditioning or even opening and closing of various doors and windows. Such developments bring about a comfortable lifestyle, with everything at our fingertips! This is actually happening and rapid adoptions is making waves.

Such smart homes in the future will be “new normal”. It is expected that the house owners can, using smartphones, be able to turn on the lights, adjust the air-conditioning temperature or activate washing machines and dishwashers at an appropriate time. This would, in fact, also helpful to environment as energy consumption is likely to decrease.

Using Machine Learning and AI techniques coupled with IoT, the energy consumption of household appliances will adjust based on dynamic price signals to lower our electric bill. Lighting will learn our daily life patterns and create the optimal settings, such as turning to our ideal temperature just before one arrives home. These gadgets will also sense when no one is in the house and turn off automatically to reduce wastes and costs.

In fact, IoT is one of the major drivers of the 4th Industrial Revolution (4IR). It takes the established Computer Integrated Manufacturing (CIM) mechanisms to an entirely new level by making machines smarter and interconnected. This application of Internet of things is called, IIoT (Industrial Internet of Things).

The IIoT is revolutionizing the manufacturing industry by enabling the acquisition and accessibility of far greater amounts of data, at far greater speeds, and far more efficiently than before. This technology permeates on the shop floor by leveraging intelligent, connected devices in the factories.

The IIoT can greatly improve connectivity, efficiency, scalability, time savings, and cost savings for industrial organizations. Companies are already benefiting from the IIoT through cost savings due to predictive maintenance, improved safety, and other operational efficiencies. Business leaders can use IIoT data to get a full and accurate view of how their enterprise is doing, which will help them make better decisions.

The IIoT is widely considered to be one of the prime drivers leading the 4th industrial revolution today. It is driving industries to modernize systems and equipment to meet new challenges and to keep up with increasing market speed and volatility. Industries that have adopted the IIoT have seen significant improvements to safety, efficiency, and profitability, and it is expected that this trend will continue as IIoT technologies are more widely adopted.

Cities get Smarter through IoT

The Internet of Things has the potential to transform communities around the world into “smart cities,” thus creating a new era of urban living. IoT can help develop smart city infrastructure that can combat the strain of city growth, from traffic control to environmental issues, more efficient use of energy, and a better overall quality of life for future city dwellers. Cities are turning to Internet of Things technologies to alleviate the burden and create economic growth. The trend toward urbanization is undeniable. Global city populations are expected to grow from 3.6 billion to 6.3 billion by 2050 — more than 60%.

Smart cities of the future will allow IoT systems to revolutionize the way we live and conduct business, with sensors attached to virtually every vehicle, device, or piece of equipment that a city uses on a daily basis. The possibilities are almost endless, as IoT produces invaluable data for a multitude of civic services such as:-

The range of application are immense and all geared to improve quality of life.

Although the idea of smart cities has existed for approximately ten years, the concept has come a long way since its beginnings, now poised to radically alter city life with the emergence of critical enablers like the Internet of Things.

IoT into the Future

IoT as Stimulator to Economic Growth

It is expected that the IoT and associated technologies would be a key global driver for economic growth. A report predicts an economic impact of 10 trillion per annum by 2025. Business organizations making use of IoT may achieve about 10% more profitability than others.

IoT opens up the door for many new possibilities not only in manufacturing sector but also in the services sector especially, logistics and e-commerce. IoT is set to disrupt business models and transform the new age businesses as was done by the advent of Internet.

We can expect to see business models redesigned to adapt to this new technology and to merge their products or services in any way possible in order to remain competitive. The IoT could be used for anything from collating data to offering new and innovative services, and any business that can capture the value of this tech and create relevant applications will enjoy the benefits.

Internet of Things — A Greenfield Territory

In many ways, IoT is still a Greenfield territory and as it has wide ranging possibility of applications and device development. Year on year, IoT technology is evolving and keeping pace to societal behavior. New ideas, solutions and approaches are all being pushed forward and business models are being developed based on this technology.

A study by Cisco believes that 99% of ‘things’ that have the potential to be connected are not as yet interlinked.

This implies that there is still huge potential for so many opportunities and the applications that will emerge changing the way individuals, business, cities and governments work. This will lead to an intense battle for IoT application mind share. Just like the emergence of mobile telephony where millions of apps are readily available but only the most feasible, popular, useful and intuitive rise to the top and survive. Similarly, in IoT users will only opt for applications that serve their purpose and streamline their lives.

There are many more areas where IoT is going to make an impact. Therefore, it would be the need of every human to adapt and adopt to the emerging changes, pretty much unlike the last few technological innovations. The future of IoT is far more fascinating than just the fact that billions of things will be talking to each other with minimal human intervention. IoT will change the world in many ways that we have yet to experience.